Earlier this month, I sat down and began work on my next book. And while I’m pleased with what’s coming out, the entire process is moving far slower than I’d like, mostly due to my own anxiety and procrastination.

It’s the kind of stuff authors dream about in a bathtub full of basil-coconut-scented bubbles surrounded by candles. But while the experience has been fantastic, I’ve noticed some psychological fallout that’s come along with it.

Namely, how the fuck do I top this?

“What if that book was a fluke and I’m actually kind of bad at this?”

“What if my idea for this book is terrible and nobody is going to be excited about it?”

It occurred to me last week that success, as fucking awesome and life-changing as it is, has a weird dark side to it—namely, the more success you achieve, the higher your expectations become (and the higher other people’s expectations for you become), and the more potential you create for failing to meet those expectations.

Expectations matter. Ever hear of that old cheesy equation about happiness?

Well, if your expectations for something are ginormous, then guess which direction that equation starts tilting?

Don’t get me wrong, I’m not looking for a pat on the back or a “Go get’em, champ!” here. I’ll power through this insecurity like I have my other insecurities in the past. What’s funny/different about this one is that it’s not caused by failure but it’s actually being caused by a dream-come-true success.

I experienced this with the blog a few years ago as well. Every post that I wrote that became a mega-hit, it raised the bar in terms of what I wanted to achieve with the next article. And with those raised expectations came greater pressure, anxiety, and self-doubt.

Back when nobody read this site, I used to pump out 3-4 articles every week, most of which were written in an hour or two. Many weren’t even spell-checked. These days, I spend a full week (or sometimes more) on each article. And even then, some of the pieces feel rushed out or as though I should have put more time and effort into them.

In video games, there’s a concept called “power creep.” It’s when the developer updates a game with newer, more powerful items and abilities to keep players interested. The problem arises when a developer creates so many updates that everything in the game becomes so powerful, that it destroys any sense of challenge in the game, thus causing gamers to lose interest.

There’s something like a “power creep” in creative careers. The more commercial success you experience, the more you have to lose, and because you have more to lose, ironically, the more anxious and neurotic you get about the shit you create. And if you’re anxious and neurotic about the shit you create, then most of it isn’t going to come out that well.

Related:  Be happy! Positive thinking is good for your health

Now I get why bands lose their shit and break up or start hating each other after they become huge successes. I get why a lot of novelists become formulaic in their work after a few huge creative breakthrough hits. The psychological effects of success, in many ways, run counter to the state of mind required to do good creative work.

But this got me thinking about something else: the idea of linear progression in one’s career is actually an irrational metric for success.

In the case of creative work—writing, music, etc.—I think the answer is obvious: absolutely not. Creative work is useful as long as it’s connecting with some people in some way. The number of people doesn’t necessarily determine how worthwhile it is.

When we start out our careers, everything is linear. As an artist, you start out with a few fans/followers. Then you have a few dozen. Then a few hundred. Then thousands and so on.

The progression is linear.

But just because the progress is linear early on, we incorrectly assume that progress will continue to be linear forever.

At some point, there will be a divergence between commercial success/popularity and artistic progression. One will fall off and the other will keep going. And it’s important to remember that this is a normal part of any creative career, and perhaps it’s even part of any conventional career as well.

They believe that I can just keep riding its success for another few years by writing a second book that’s more or less exactly like the first. And because they’re a big corporation that requires profits and sales and all that shit, they think this is a great idea.

But as an artist, I do not. I’ve been resisting this pressure, for a few reasons. For one, I don’t want to be married to one idea I had just because it ended up making the most money. There are other ideas that are great and important that I’d like to explore, even if it means giving up some financial success or fame.

What do you think?

I am wrong maybe?

Waiting for some feedbacks please . 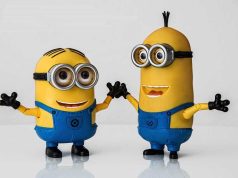 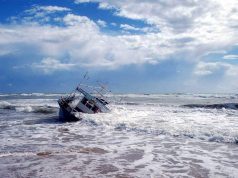 7 reasons why you fail & how to change that 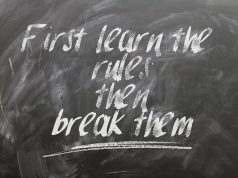 Bad habits that can affect your life. How to break them.

Fun Family Activities to do in the Winter

How To Get Paid To Be A Virtual Friend – Earn...

How to Fight Back When Your Flight Is Canceled

11 predictions for the future of the Internet