60 Security is one of the most popular and highly rated antivirus Android apps available right now with over 100 million downloads and 10 million ratings resulting in a 4.6 overall rating. This antivirus and anti-malware app includes a ton of features, including the ability to scan your device files for malware, scan your apps and games, enable real-time protection, and even comes with an anti-theft feature. You can also use the app’s built in cleaner and booster service if you want, but the validity of those types of features aren’t particularly substantiated. Perhaps the most useful feature for this one is an app lock that lets you password protect any app on your device which is great for keeping nosy people away.

AndroHelm’s Mobile Security app is a lesser known option which can still provide a bunch of benefits. The primary functionality focuses solely on security with features that include real-time protection from malware and spyware, scanning apps upon installation, frequent updates of the antivirus database, quarantine mode, app backups, virus protection, and a lot more. One of the more useful features include a set of functions that let you remotely block your device, delete stuff from it, and let you find your device in the cast of theft.

Avira Antivirus Security is a relatively newer and lesser known antivirus app but it’s quickly growing into one that people really seem to like. It comes with the basic stuff like device scanning, real-time protection, and even the ability to scan the external SD. It also includes modern features, like a Stagefright Advisor to assist you work around that particular vulnerability. There is also some anti-theft feature, privacy features, blacklisting features, and device admin features. It’s a heavier antivirus app, but it doesn’t necessarily feel that way all the time.

Antivirus and Mobile Security by TrustGo

Antivirus and Mobile Security by TrustGo is undoubtedly an app with a philosophy. The developers have talked about how they built the app from the ground up for mobile protection against mobile threats and this app does that. It has the basic features such as device scanning to look for existing threats, real-time protection, and a privacy guard that helps show you what apps are using which permissions (which, admittedly, won’t be nearly as awesome after Android 6.0). It does include secondary features such as a system manager, find-my-phone functionality, and data backup if you need it. It’s not quite as heavy as some of these competitors, but it is by no means a lightweight. It’s also 100% free to use.

Related:  What to do if your antivirus software stops working

AVG Antivirus Security is yet another antivirus Android app that many people know about from AVG’s time in the PC antivirus space. As such, it has over 100 million downloads to date and a respectable 4.4 rating in the Play Store. AVG is a bit lighter of an option compared to other name-brand options and includes real-time protection, device scanning, and consistent antivirus database updates. On top of that, there is a task killer, anti-theft features, remote device data wiping, and you can monitor things such as battery, storage, and data usage. The interface on this one is actually pretty good comparatively speaking and the paid subscribers can also get app locking, call and message blocking, and more.

Bitdefender Antivirus Free is maybe the lightest, most unobtrusive option on this list. It has exactly two features which is to scan and clean your device and then it offers real-time antivirus protection on top of that. The real-time protection scans apps as they are installed and also keeps an eye on what they are doing. The scanning is simple and only takes a few moments to get everything done. This is technically an offshoot of Bitdefender’s much larger antivirus suite, but we found that we loved that there is an option that requires zero configuration and runs as light as this one does. 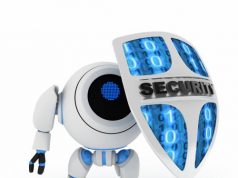 I still don’t use anti-virus software. Am I still nuts? 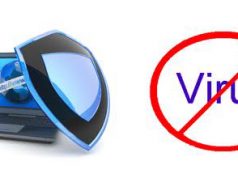 What to do if your antivirus software stops working 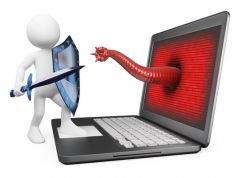