Our assumptions of what makes up each gender have certainly been turned upside down in recent years. With increased focus on what critics deem as the arbitrary assignation of gender stereotypes, people are increasingly choosing to forgo being associated with their biological gender altogether, instead preferring to be gender neutral which can entail adopting the pronouns “they” and “them” instead of “he” and “her”.

Gender stereotypes can be harmful for both genders. Women, for example, are expected to assume the signifiers of feminine behaviour such as being softly-spoken, kind and domestic. “Masculinity”, of course, is associated with aggression, dominance and never shedding a tear. Consequently, people who do not fill such expectations often feel like outcasts and believe that they are being forced to succumb to societal pressure when they’re simply expressing their individuality, something that they believe shouldn’t be predetermined by the sex of the body they’re born into.

However, some people believe that the movement has gone too far with news that a parent is going to let their child choose their own sex.

Kori Doty gave birth to Searyl Atli in November last year and is now engaged in a battle to keep the child’s biological gender off all official records. The parent, who is non-binary and therefore identifies as neither male nor female, has argued that a “visual inspection” of a person is not enough to determine what gender they would like to identify as when they grow older.

Doty, who neither identifies as Searyl’s “mother” nor “father” but as their “parent”, talked to Good Morning Britain hosts Piers Morgan and Susanna Reid to address the backlash that they had faced in regards to the decision.

In the video, Doty clarifies that their child will be able to decide what gender identity they want to assume when they are around four or five years old.

Related:  7 Essential Tips You Should Know in Marketing Your Blog

Susanna Reid empathised with Kori when she said that she understood that they did not want their child’s life to be “shaped by social and cultural expectations of a gender identity” but admitted that she was concerned that Doty was preventing their child from applying for a passport and even obtaining a valid birth certificate. She added:

“Why not just allow your child to be male or female depending on what they are at birth but then decide for themselves how they want to act and be treated.”

However, Kori was adamant that they wanted to make trans and queer identities more acceptable in the mainstream and stated that the only way to achieve this is to give such identities visibility. In response to Reid, Doty stated:

“Operating in that way is operating from the expectation that not being trans is the default and that being trans is queer […] I don’t actually believe that [being trans] is the exception to the norm”.

Unfortunately, neither party was able to come to a consensus – the only thing they agreed on was that Kori’s baby was indeed part of the human species.


Doty is a member of the Gender-Free ID Coalition which campaigns to end state-assigned gender. They argue that assigning gender at birth can cause problems for people later in life. Indeed, Kori has been vocal about the toll that such assumptions took on her. Speaking to CBC News, they corroborated:

“When I was born, doctors looked at my genitals and made assumptions about who I would be, and those assignments followed me and followed my identification throughout my life.

“Those assumptions were incorrect, and I ended up having to do a lot of adjustments since then.”

The issue of gender assignment is certainly a controversial one. But as with any issue where the state is involved, tempers are getting frayed. 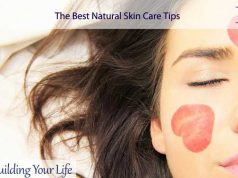 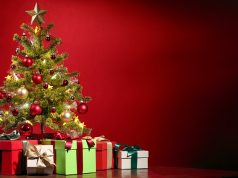 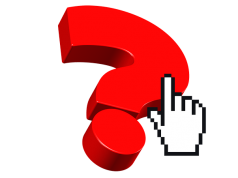 Spices That Will Boost Your Metabolism

11 predictions for the future of the Internet

Marc Chernoff’s questions.50 questions that will free your mind

How the people around you can affect your life